Mission Statement
The mission of the Murray-Calloway County Parks and Recreation is to provide opportunities in leisure and recreational activities in safe and educational environments. To conserve natural resources, and to provide facilities, services, and parks that enhance the quality of life of individuals, families, and the community while preserving aesthetic values in our community and maintaining a commitment to excellence in customer service and satisfaction.

Ryan Yates, Park Director
ryan.yates@murrayparks.org
Office Phone: (270) 762-0326
Ryan Yates joined the Murray-Calloway County Parks staff as Park Director in May of 2017. He joins our staff after spending nearly 2 years working for Owensboro Parks and Recreation Department. A native of Central City, Ky Ryan relocated to Murray in 2017. Ryan graduated in 2014, from the University of Louisville with a Bachelor of Science in Sports Administration and a minor in Communication. While attending U of L, he worked in the Sports Information Department for 4 years. He has over 8 years of experience umpire baseball, officiating football, and officiating basketball.
Steve Wilhelm, Maintenance Director
stevewilhelm@murray-ky.net
Steve Wilhelm joined the Murray-Calloway County Parks staff as Maintenance Director June of 2013.  He has extensive experience in construction and maintenance through his previous 20-year career with M&T Painting.  Steve also worked as the engineer for the Hardin Southern Railroad.  The native of Ventura, California, Steve relocated to Murray in 1993.  Steve has also been heavily involved with the Murray-Calloway County Soccer Association, serving as the group’s President for five years.  He was also a member of the Park Board before being selected to take over the maintenance duties.

Mike Sykes has been with Murray-Calloway County Parks since 1977, beginning his tenure as a lifeguard at the same pool he now oversees.  Currently Mike serves during the hot summer hours as our Aquatics Director, supervising the daily operations of the pool facility and Owen’s Spray Park, and managing the lifeguard staff.
Jake Willis, Program Coordinator
jake.willis@murrayparks.org
Jake Willis joined Murray-Calloway County Parks as Program Coordinator in August 2020. Jake graduated from McLean County High School in 2011. Originally being accepted at Murray State University, Jake decided to continue his education at Kentucky Wesleyan College. In Owensboro, he was promoted to Recreation Specialist where he oversaw the day-to-day operations of Jack C. Fisher's softball complex. Jake is enthusiastic about what he wants to bring to the community! Whether it be implementing basketball leagues, starting a running club, or adding community movie nights, Jake can't wait to get started working for the Murray-Calloway County Parks and Recreation Department!

Carol Lane, Sales and Marketing Rep
carol.lane@murrayparks.org
Carol Lane began at the Murray Calloway Parks in August 2015. Carol spent 18 years at Murray State as a Instructor for Adult Basic Education. In 1994 she began employment for the Kentucky Cabinet for Health and Family Services as a case worker supervisor, retiring in 2013. She is a life long resident of Murray and has a love for the parks. She often states that her children success in life is partly attributed to the programs afforded to them by Murray Calloway County Parks.
Maintenance Staff
LaTasha Shankel, Tonya Kindall, Sammy Cain
These are the people behind the scenes. Murray Calloway County Parks doesn't happen with them. They work daily to mow grass, empty trash, clean facilities, and drag and line ball fields and soccer fields. From October to January they are working relentlessly to make sure the Festival of Lights is perfect.
Park Rangers 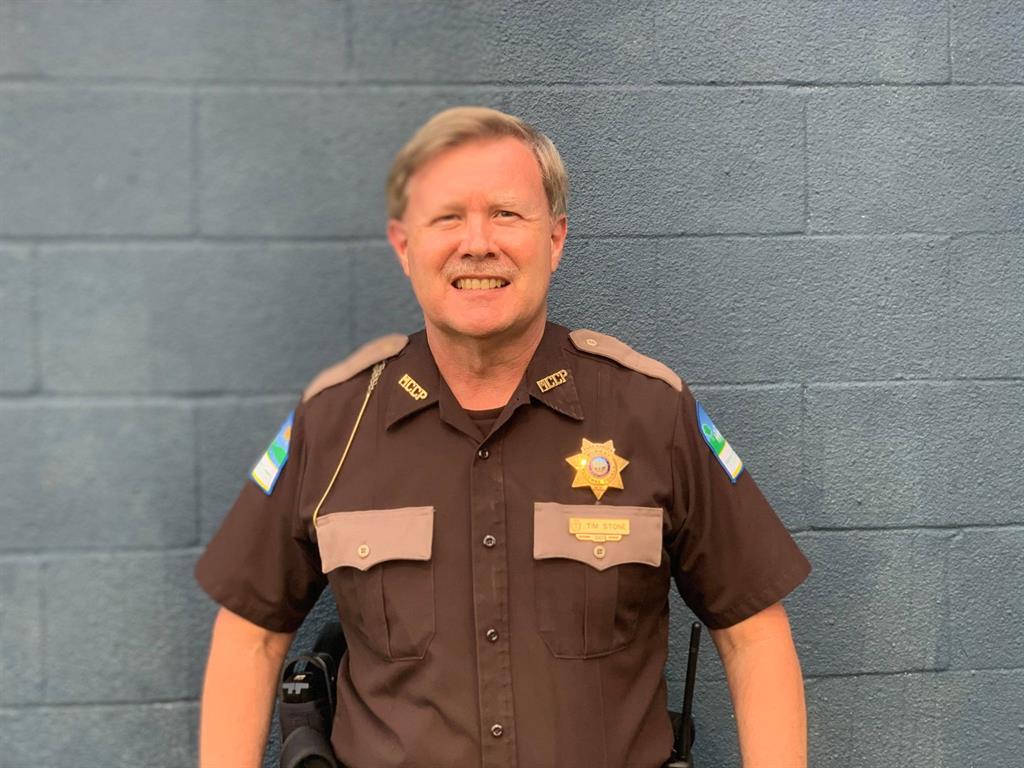 Tim Stone
In 2007, Murray-Calloway County Parks developed and implemented a park ranger program. Each ranger brings their own professional style of law enforcement to the department and provides a safe and secure environment for all our park patrons.  Our rangers, patrol all park facilities, provide information about park events, have a first aid kit in their patrol cars, and educate guests on park policies and procedures. Current Park Rangers are Tim Stone and Jack Pawlowski.
Park Board

The Murray-Calloway County Park Board is made up of twelve individuals, equally appointed by the Murray City Council and the Calloway County Fiscal Court.